Posts from the ‘gertrude stein’ Category

Finally, I made it to see Gertrude and Alice’s building at 27 rue de Fleurus. One rainy morning I jogged from the Marais to the apartment–and took some photos.  It being garbage day made it all feel a bit unremarkable, so I went on and ran through the Luxembourg Gardens imaging Gertrude stomping thru in her sandals and brown corduroy with her dog, Basket.

I can’t get enough of all the beautiful shades of yellow flowers. 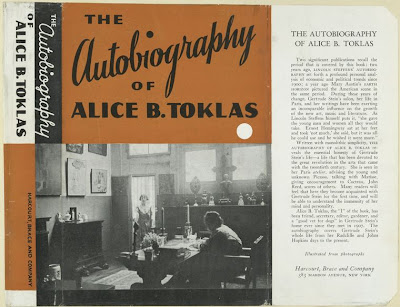 The autobiography of Alice B. Toklas. c1933 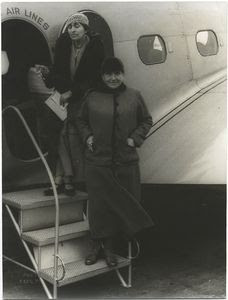 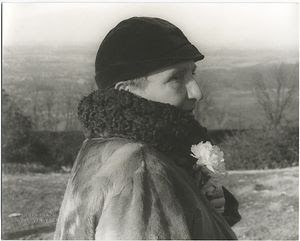 I just reread my post on Anouska Hemple…Stein might have said that I was just telling about it… with no point.

….sometimes it is more pleasant to look at photos… Gertrude & Basket…. Alice & Gertrude…somewhere in France.

3 Days From a Life Made in France

Gertrude Stein during her lecture tour in America, May 2, 1935.

Alice B. Toklas and Gertrude Stein on the Terrace at Bilignin, June 13, 1934. Gertrude Stein with Pepe; Mark Lutz with Basket I on the Terrace of the Villa at Bilignin, June 13, 1934.

Carl Saigon, in his Cosmos series says that human life exists as ten seconds on the time-line of the cosmos; Isabella sent me links to images of Gertrude and Alice on the NYPL Digital Gallery. These are some of my favorites.